EUROPE partners participate in the workshop “Stress in the classroom” 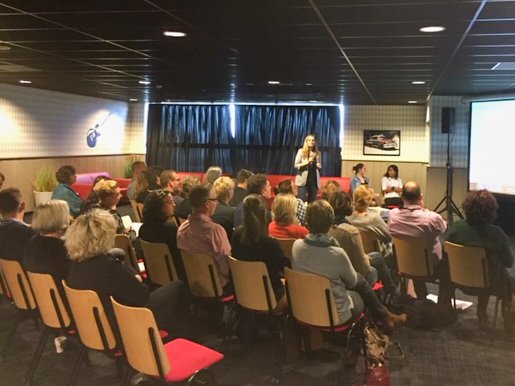 Burn-out is a big problem in schools across the Netherlands: burn-out is experienced not only by teachers but also the students have complaints related to it.

The congress “Stress in the classroom” was meant for educational professionals and was held on the 8th November 2018 in the Netherlands.

Several approaches were addressed in this congress with different workshops. EUROPE partners Dr. Ashley Deans and Conny Postel presented the different approach of Quiet Time /TM and the research that is going to be done about it subsidies by the EU.

It was explained how TM develops the whole brain and how Quiet Time/TM can help manage stress in the classroom for both teachers and students. 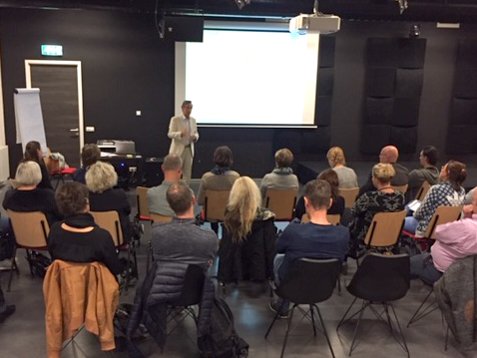 The first part of the workshop was an interactive part were everybody involved had a chance to share in a cooperative manner their experience in school with stress. There seem to be a lot of common ground. Then the definition of stress was given. Also first by the attendees and after that by the people from the EUROPE project: stress is an abnormality in the physiological system that is established on a material of structural level, caused by excessive pressure of experiences.

The workshop was appreciated also because of the interactive character. The scientific research already done within the EUROPE project about the technique and the fact that the European Union facilitates this kind of research so important for educational innovation.

Conny Postel was asked by one of the organizers of the Congresses to give another workshop. And she is still in touch with him about next year’s program, bringing in new ideas for more interactive programs where people attending will not only listen but more actively participate in the workshops.

Even if EUROPE project is over, the promotion of the Quiet Time /TM benefits is ongoing and will keep growing for reducing stress in various environments!